We have an account of Germanicus’ last words in Tacitus, Annales 2.71-73. He ask his friends to take action against Piso. We also supposedly have the gist of his last words to his wife, which warn her to avoid the hostility of Tiberius, but one must suspect that these are invented by the tradition. It is what happened next that was important.

As was customary, the funeral rites were quickly performed. His body was burnt in the forum in Antioch. Speeches were made and comparisons were drawn with Alexander the Great, as a leader taken from the world too young. His widow gathered his ashes and began a long journey back to Rome.

Monuments were erected in Antioch and the news was received with a public outcry in Rome. The list of honours voted is given by Tacitus at 2.83. These included religious honours (inclusion of his name in the hymn of the Salii, an association with the cult of Augustus), the inclusion of his image in processions at games, triumphal arches in Rome, Germany and Syria, many, many statues, a large golden shield, the naming of seats in the theatre after him.

Unusually, we have two other major versions of the honours voted to Germanicus. These were transcriptions of  the decree of the senate. One was found in the Etrurian town of Magliano (ancient Heba). The other in the Spanish town of La Cañada (ancient Siarum). The inscriptions provide a similar list of triumphal honours to that in Tacitus, but add details. The shield was to be exhibited at the temple of Apollo on the Palatine and is accompanied by a shield in honour of Drusus, his father. Notably, the lead Roman electoral assembly was also modified: the assembly organised the Roman voters into a fixed number of ‘centuries’ according to financial status. Ten of those centuries of the highest class had been named after the grandsons of Augustus, Gaius and Lucius Caesar. Another five were to be named after Germanicus. Another clause allowed for the reorganisation of the games in honour of Augustus (ludi Augustales). Although the text is fragmentary, the day on which the ashes of Germanicus were interred in the mausoleum was to remain a day on which the temples were closed and religious business limited.

This was not just an issue in Rome, but the senate ordered that their decree be copied and sent to Roman communities round the Empire and the eulogy pronounced by Drusus, the son of Tiberius, was also inscribed and distributed, though perhaps not to as many places. It is presumably to this process of distribution and inscription that we have these copies of the decrees of the senate.

If the mourning was spread geographically across the Empire, it was also spread in time. Tacitus, writing almost a century later, noted that at least some of the rituals and honours continued to be performed. In the early twentieth century, a document came to light on the very Eastern fringes of the Roman Empire at a place called Dura. It was a religious calendar likely dating from the AD 220s. This document, known as the Feriale Durarum (partial translation), is a religious calendar of a military unit stationed at Dura. Among the festive days to be recognised was the birth and death of Germanicus. 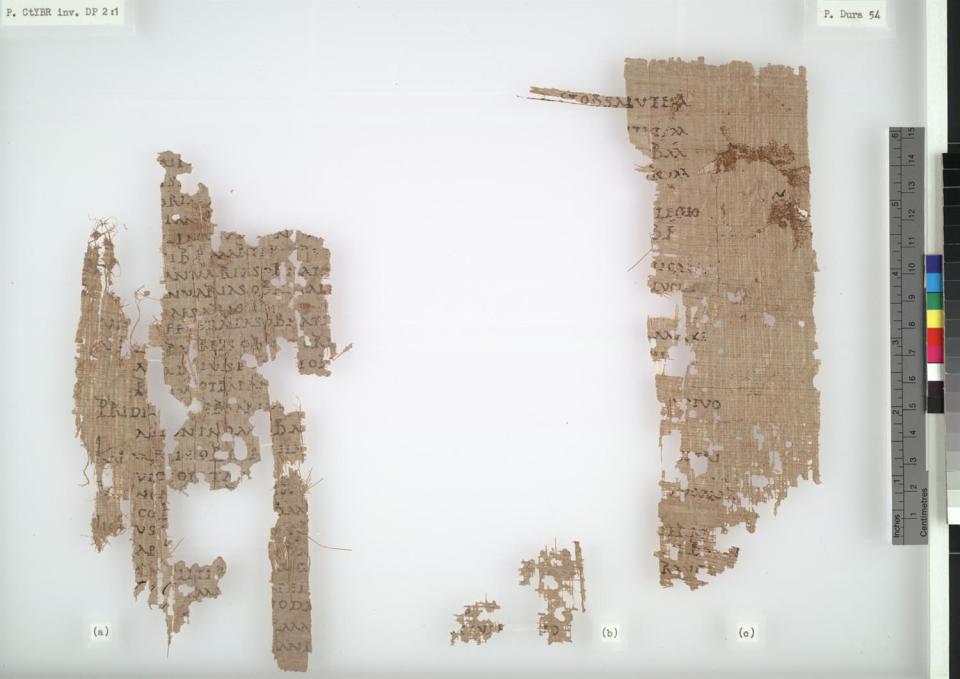 These extravagant honours appear to have been voted even before Agrippina made her way back to Italy for the interment of Germanicus’ ashes.