Agrippina and the interment of Germanicus’ ashes

Coming back to Italy from Syria took a long time. The logistics of moving an imperial household were probably complex. Agrippina needed to be accompanied. The situation in Syria was difficult. But slowly, she made her way home (the account is in Tacitus, Annales 3.1-3.3).

It is unclear whether they would have gone by sea or taken the long overland journey through modern Turkey and across Northern Greece along the via Egnatia. In neither case would travelling in the late Autumn and Winter (Germanicus died on October 10th, 19) have been easy. Eventually, she reached Corfu (Corcyra/Kerkyra) and there she paused before  taking ship across to Brindisi (Brundisium), which was the normal port where travellers from the East landed.

One can only guess at the effect this delay had on the Roman people. The death had been announced, probably in late October, and Rome had entered a period of mourning, but that process was elongated in the waiting for Germanicus’ ashes to return. It was probbaly already January when Agrippina reached Italy.

Friends and family had assembled to meet her. Local aristocrats appeared. Those who had served with Germanicus came to honour their general. Many others came, perhaps just to pay respects, perhaps to be part of what was happening came to the port. Tiberius sent two cohorts of the praetorian guard to accompany Agrippina.

The funeral party progressed towards Rome. At each town, the magistrates and populace presented themselves in black. Sacrifices were performed for the dead. At Terracina, about half way between Rome and Naples, Drusus, Tiberius’ son, and Claudius, Germanicus’ brother, met the procession. They were accompanied by both the consuls, and a large number of senators. Ordinary Romans also came out to meet the procession and wept at the roadside as the increasingly large party moved towards the city.

The official record noted the presence of many members of the family and the roles they performed in the rituals. Conspicuous in their absence were Tiberius, Livia, and Germanicus’ own mother, Antonia (Tacitus, Annales 3.3).

The interment of the  ashes in the Mausoleum of Augustus took was a grand ceremony. The praetorians turned out holding torches. The senate and people of Rome assembled. The magistrates did not wear their symbols of office. The people gathered in their tribes. According to Tacitus, all eyes focused on Agrippina. People proclaimed that the Res Publica was ruined. 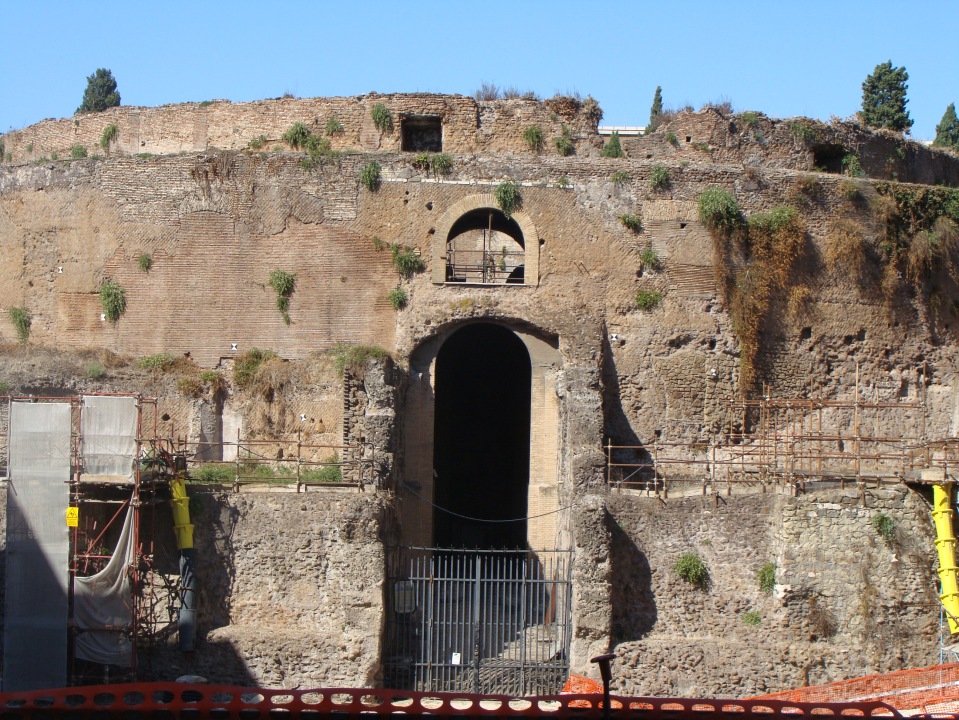 And then it was over. Tiberius proclaimed that it was time to return to work, and attention shifted to the trial of Piso.

This was great political theatre.

We cannot answer this question: there is no real evidence. But it is an important question and so we have to think it through. We could assume that the public display of grief was really a display of loyalty to the imperial house. People needed to be seen to be grieving. But in Tacitean account, the rituals were accompanied by murmurings of discontent.

The more interesting issues come if the feeling were genuine.

There are precedents for Roman public mourning for an imperial figure. Virgil chose to end a prophetic account of the future of Rome (as seen from before its foundation) not with the triumphs of Augustus, but the funeral of Augustus’ nephew Marcellus. It was clearly an elaborate outbreak of public mourning for an imperial figure, and a young man who had achieved so much less than Germanicus.

We might conclude that Germanicus was extraordinarily popular in a way which few  modern politicians could lay claim to, but in an age of aristocratic politics, before mass communications and mass media, when people’s engagement with the political must have been more remote, how would that popularity be achieved?

We might relate the event to the politics of symbolism. I live within a monarchic regime. The monarchy has almost no day-to-day interaction with the vast majority of the population. But if the monarch were to die tomorrow, one could be confident that large numbers of people would take to the streets in public displays of heartfelt mourning. But why?

I suggest that they would do this because loyalty to the monarch makes people feel part of a bigger, inclusive social and political community. People are displaying communal political feeling.

Look at how the people are displayed:

The ceremony is a display of Rome’s hierarchy and order. The Roman community is on display to itself. In consequence, what is being asserted is collective membership of a community which is united in mourning. We see the Roman people united.

Why is Tiberius not to the fore of these events? Tacitus puts the worst possible interpretation on the events. Tiberius stores up trouble for himself in the Piso trial that is to follow, and possibly in his relationship with Agrippina. But there is no good explanation for his failure to appear. One has to conclude that Tiberius felt it was not fitting for him to take a central role, and this issue goes to heart of how we understand Tiberius and his relationship with Germanicus.