Home » An End of the Republic » Generals and Army

One aspect of the troubles that beset Rome in the final century of the Republic was the repeated intervention of the army in politics. This pattern is closely related to the political power exercised by a number of prominent generals: Marius, Sulla, Pompey, and Julius Caesar. 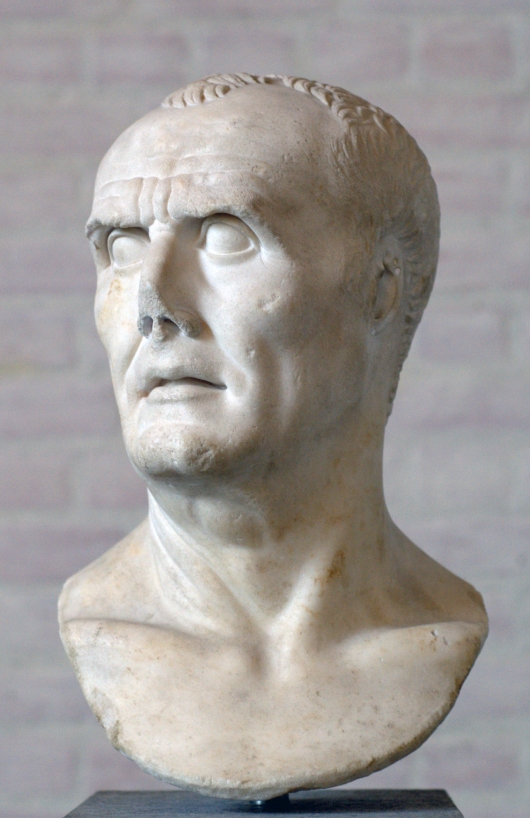 Although liberal democracies operate a division between the military and civilian branches of government, in Rome those who achieved high political office were expected to lead armies. Originally, one of the primary duties of the consuls and praetors was to command armies, as well as administer justice and order in the city of Rome. As Rome grew larger, it became less practical for the leading magistrates to be away from Rome leading the troops. Instead, from the start of the first century BC, commands tended to be given to former senior magistrates in the years after they had held a consulship or praetorship.

Length of command varied. While the Romans were conducted campaigns in Italy, generals and their legions tended to fight for a single campaign season. Some armies were retained as garrison troops through a winter, but many armies were disbanded. As campaigns became more distant from Rome and focused on larger enemies, armies could be retained for several years. Generals might be changed at the end of a year or in some cases continued in post for several years in order to complete a campaign. It was from the end of the second century that such extensions became more common.

The Roman army was  a form of militia. Troops were raised by levy (in theory a duty but probably largely through volunteers) for a specific campaign and discharged whenever that campaign came to an end. A soldier could volunteer for a campaign that would be finished in 6 months or six years. Men might serve in multiple campaigns spread over an extended period, but they were not professional soldiers. Military service was intermixed with other ways of earning a living.

We cannot know how often a man would serve in a legion. But we can have a thought experiment.

In the second century, although numbers varied considerably, 10-15% of Roman adult manpower served in the legions. One assumes that the legionaries were between 20 and 55. So, about 15% of manpower were eligible for service.

The only military career we know about is possibly fictional and clearly exceptional. It is  is recounted in Livy, 42.34

Ligustinus begged the consul and the tribunes to allow him to say a few words to the Assembly. [2] They all gave him permission, and he is recorded to have spoken to the following effect: “Quirites, I am Spurius Ligustinus, a Sabine by birth, a member of the Crustuminian tribe. My father left me a jugerum of land and a small cottage in which I was born and bred, and I am living there today. [3] As soon as I came of age my father gave me to wife his brother’s daughter. She brought nothing with her but her personal freedom and her modesty, and together with these a fruitfulness which would have been enough even in a wealthy house. [4] We have six sons and two daughters. Four of our sons wear the toga virilis, two the praetexta, and both the daughters are married. [5] I became a soldier in the consulship of P. Sulpicius and C. Aurelius. For two years I was a common soldier in the army, fighting against Philip in Macedonia; in the third year T. Quinctius Flamininus gave me in consideration of my courage the command of the tenth company of the hastati. [6] After Philip and the Macedonians were vanquished and we were brought back to Italy and disbanded, I at once volunteered to go with the consul M. Porcius to Spain. [7] Men who during a long service have had experience of him and of other generals know that of all living commanders not one has shown himself a keener observer or more accurate judge of military valour. It was this commander who thought me worthy of being appointed first centurion in the hastati. [8] Again I served, for the third time, as a volunteer in the army which was sent against Antiochus and the Aetolians. I was made first centurion of the principes by Manius Acilius. After Antiochus was expelled and the Aetolians subjugated we were brought back to Italy. [9] After that I twice took service for a year at home. Then I served in Spain, once under Q. Fulvius Flaccus and again under Ti. Sempronius Gracchus. I was brought home by Flaccus amongst those whom, as a reward for their courage, he was bringing home to grace his triumph. [10] I joined Tiberius Gracchus at his request. Four times, within a few years, have I been first centurion in the triarii; four-and-thirty times have I been rewarded for my courage by my commanders; I have received six civic crowns. [11] I have served for twenty-two years in the army and I am more than fifty years old. But even if I had not served my full time and my age did not give me exemption, still, P. Licinius, as I was able to give you four soldiers for one, namely, myself, it would have been a right and proper thing that I should be discharged. [12] But I want you to take what I have said simply as a statement of my case.

Military service was seen as a normal part of a man’s live. A very high proportion of Roman men must have served in the army. A small proportion served for many years on many different campaigns. To be described as military man or as veteran made no sense in Republican Rome before the last generation of the Republic, because nearly everyone could make that claim. The army was simply Roman citizens performing their duty. It thus made perfect sense for the Roman army to be commanded by their political leaders.

But in the first century BC, the army was used repeatedly by those political leaders against to seize power.

What changed and why?

The person normally blamed for this change is Marius.