Home » An End of the Republic » Caesar on the Rubicon

Caesar on the Rubicon

The final crisis of the Republic is associated with two grand figures of Roman history, Pompey the Great and Julius Caesar. The crucial moment came in 49 BC, when after ten years as governor and conqueror of Gaul, Julius Caesar paused on the Rubicon. Crossing the river with his army meant civil war. Abandoning his army, meant trusting to Pompey and his fellow senators and civil peace. It turns out that there was not really a choice.

Pompey emerged as a major political and  military figure in the context of the civil war between Sulla and the Marians. He raised an army in support of Sulla. He then served in Africa and Spain, where he defeated the last vestiges of Marian resistance under Sertorius. He returned to Italy to help Crassus end the slave revolt of Spartacus.

After serving as consul in 70 BC, he remained in Rome for a while. 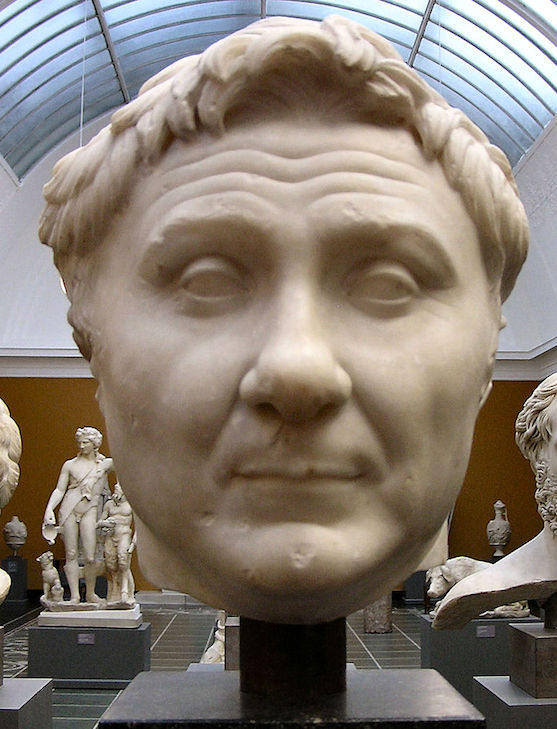 But in 67 BC, he was given command by law (passed through the popular assemblies) against the pirates. Roman expansion in the Eastern Mediterranean had caused considerable political and economic disruption. The flows of wealth to Rome had also created a massive demand for slaves. The consequence was a growth of piracy, probably supported by some of Rome’s opponent’s in the East. The pirates raided towns and cities across the Mediterranean and eventually the Romans decided that something needed to be done.

Pompey’s appointment was special since it required a command that crossed normal provincial boundaries and allowed him to pursue the pirates to wherever they retreated. The war was brief and successful.

That campaign was immediately followed by another command against Mithridates VI of Pontus. This campaign brought Asia Minor, Syria, and Judaea under Roman control. The Empire was extended to the fringes of Parthia and the border with Egypt. It was a massive and sudden extension of Roman territory that drew comparisons with Alexander the Great.

On his return to Rome, he met significant opposition. There were those in the senate for whom Pompey’s extraordinary status was a threat. They opposed Pompey’s attempts to have his actions in the East ratified in a single decree and they stopped a distribution of land to his veterans. Pompey appears to have acquiesced reluctantly, but in 59 BC, in alliance with Julius Caesar and Crassus, the land settlement programme and various other measures were pushed through.

Pompey was undoubtedly the most important political figure in Rome in the period 70-50 BC. His political power was exerted through influence. He did not have special powers or a title. His power was abnormal in its scale, but no different in form from that of other leading senators. He held a third consulship in 52 BC after a period of civil strife. He put his veterans on the street to ensure order. His actions had the broad support of the senate.

The Crisis with Caesar

Julius Caesar was born in 100 BC. His family were on the wrong side of the Sullan-Marian wars, but Caesar was still able to rise politically in Rome. After a governorship in Spain, he was consul in 59 BC. 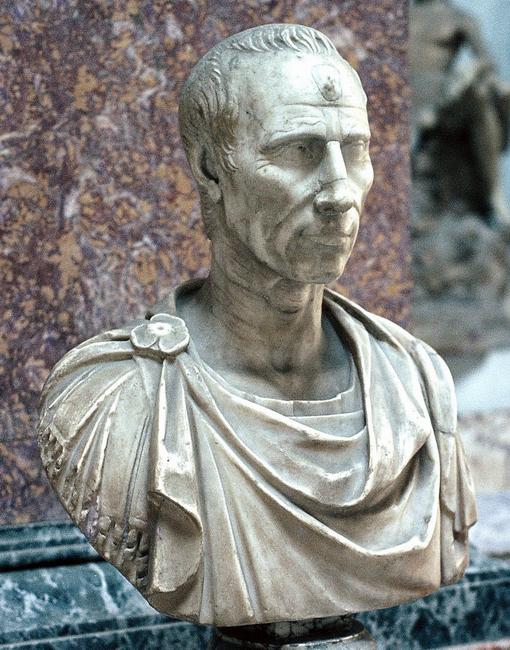 He supported Pompey in Crassus and enabled these two men, his seniors politically, to achieve their political ambitions. As a reward, he secured the governorship of Gaul.

In Gaul, he pursued a highly aggressive strategy of expansion which led to the conquest of what had been a largely unknown land. He detailed his conquest in his Gallic Wars.

The wars made him very rich and gave him a powerful army. But he also had many enemies in Rome. By 50 BC, Caesar and the Roman political elite were contemplating how he might return.

Some influential people in Rome may have wanted a war, or at least to bring Caesar down. But it seems that the vast majority of senators wanted a peaceful resolution of the dispute between the senators and Caesar.

At the heart of the dispute was the issue of who ruled in Rome. Caesar knew he had enemies. Those enemies would seek to bring Caesar to trial for perceived wrings done. There is no doubt that such a trial would be political. Caesar might be able to rely on his considerable political support. Yet, he was faced with the example of a recent political trial of Milo in which Pompey’s soldiers had surrounded the proceedings supposedly providing security but actually ensuring conviction.

If Caesar were to disband his army and return, could he trust the senators not to prosecute him? Could he trust Pompey not to influence any trial against him? Could he, a man who had achieved so much, ask for Pompey’s protection?

Caesar clearly thought not. But he had a solution. He could stand for election as consul in absentia and then take another provincial command. Serving magistrates could not be prosecuted. All would be well.

But there was the question of principle. All were supposedly under the authority of the law and therefore liable for prosecution. Could an exception be made for Caesar? It would effectively put Caesar above the law. What did that mean for the Republic? Caesar’s enemies would not agree. Neither side trusted the other.

There was an impasse. And like so many times over the previous century, politics became war.